Certain Municipalities from the end of 2013 have taken the law into their own hands. We launched a number of Court Applications against various Municipalities, forcing them to comply with their obligations and attempt to convert the Municipality from “PUBLIC ENEMY” back into “PUBLIC SERVANTS”. In this recent week, on one of our matters where the owners of the property instructed us to perform an audit, reduce and settle the Municipalities debts; Ekurhuleni Metropolitan Municipality has again suffered another major blow with their persistent“god-like attitude” that they can simply:

The Municipality should have written off the balance. Ekurhuleni Germiston, felt that now armed with the INFAMOUS “City of Tshwane vs. Mathabatha Judgment”, believed that they could go back into the history of properties and collect debts they previously failed to collect from the previous owners, from the new owners, notwithstanding the fact that the amount claimed was incorrect and overstated.

The new owners launched an Interim Urgent Interdict against Ekurhuleni for the immediate restoration of electricity. The learned Judge naturally gave the necessary relief.

The matter was then set down to be heard and this past week Judge Strydom granted a Cost order against Ekurhuleni and declared that the new owner is not liable for arrears or charges on accounts held by previous owners.

Ironically, at the doors of court, the Municipality conceded that they were not allowed to hold the new owner liable and/or switch off the electricity.

The Judge declared that the Municipality is not entitled to terminate the supply of services to the new owner on the ground that previous owners of the property are indebted to it. The Municipality attempted a counter application and was also dismissed with costs.

It is sad that a Local Government body is wasting public funds and by abusing and using bullying tactics, notwithstanding the fact that they have to respect innocent people’s constitutional rights. If the Municipality was not a Government institution, no doubt they would be sued for Millions in damages every time.

There is no doubt that innocent parties that have paid these extorted amounts, will have every right to claim the said amounts back from the Municipality. We will assist.

The Municipality is getting Judgment after Judgment against them and cannot believe that despite the courts lambasting them time after time, they continue with these extortion-like tactics as they know that each rate payer’s only relief will be the court’s rescue. Few people have the resources to take the Municipality on each and every time.

Our firm always ensures that the correct debts that are due and owing to a Municipality are paid.

Another pertinent Judgment that we would like to bring to your attention is in the case between:

And in particular Paragraph 19 on Page 12.

BACK TO PRESS RELEASES

A LIVANOS GROUP OF COMPANIES 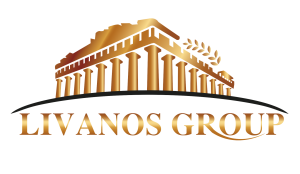